It’s time you recognized the reality of transgender people.

While there is little firm data, a variety of reports indicate that anywhere from .3%-2% of the population has had strong transgender feelings, and .1% to .5% of the population has actively transitioned in some way. [1. http://williamsinstitute.law.ucla.edu/wp-content/uploads/Gates-How-Many-People-LGBT-Apr-2011.pdf]  Looking at the United States alone, that allows a conservative estimate of 1.5 million people. Globally the numbers become staggering, particularly if you factor in how rapidly social acceptance and embrace of gender variance is developing.

That’s a lot of trans people.

A lot of people who would value being valued.

Think further about their families, their friends, their admirers.  That’s a lot more people who would appreciate seeing trans people depicted appropriately.

And when an oppressed group is shown respect by a company…yes, you already know: that company is proven to be a pioneer and they are fiercely embraced by the population they took a good risk on. We are the good bet right now.  As someone on the front lines daily, I can assure you that the combination of the intrigue of and acceptance by large segments of society and the backlash against the fear and hate by a violent but dwindling minority, will evince a dramatic shift.

So it’s time to step up. It’s time to use us in your ads, with respect, dignity, humor and creativity. It’s time to market to us, exactly the way you do every other race, class, gender, age, and region.  It’s time to include us in your focus groups, sponsor our activities, join the boards of our organizations.  It’s time you hired trans people at your company.  And then listened to them.

There’s an easy way to begin.

Advertisers, I’m looking at you now.  Because let’s face it:

Not sure how to include trans people appropriately?  Here are a few good examples. [2. For the sake of this post, I am bracketing off the larger critique of both capitalist culture which turns all people into consumers and objects, and the insidious privileging of cis- and heter0normative bodies that adhere to the narrowest of standards. I appreciate the value of challenging these pervasively toxic systems, but have personally always been, and will continue to be, one who seeks a seat at the table in order to shift the conversation from the inside.  I encourage and welcome critiques of the approach and suggestions of alternatives.]

Maybe the models in this Campari ad aren’t actually trans, but gender play like this is sexy as hell.

Want to include some humor? I get it. The realization that a gorgeous woman used to be a man can be shocking, or at least intriguing, and that combined with some people’s discomfort makes for fertile comedic ground.  But here’s the thing: there are ways of doing it that isn’t laughing at the trans person, where we can all chuckle together.

Here’s a wonderful example (translation on the YouTube page):

Here’s a brilliant one from Ikea that recognizes a big opportunity for new customers:

Trans women may still have a clear “Eve’s Apple” and large hands. That’s a reality.  This Harisu Dodo commercial embraces that with a sense of play while keeping the beauty foregrounded:

Chrysalis Lingerie goes one step further by creating products specifically for trans people.  More than anything I appreciate the quality of their approach:

If you ask trans people though, one commercial stands above all others.  It’s a simple story, and one in which the main character looks like a lot of trans people we all know, rather than the stunning models used above, but this ad, for Banco Provincia, an Argentinian bank, recognizes the harsh reality so many of us face, but does what all art should do: allows for redemption. I cannot watch this without crying. Like, bawling.  If I could, I would bank there just because of this ad. As would many others.

Now, you might be asking where to find trans people for the brilliant ideas now percolating in your hungry brain. It’s a little hard to imagine given how visible trans people are becoming, but just in case, here are just a few of our most camera ready. [3.  I’m only focusing on trans women here, partly because women are used far more often in advertising, partly because I’m more personally familiar with these people.  I’d welcome suggestions for a follow up focusing on trans men, nonbinary and genderqueer folks.  Even better, if someone would like to write a companion guest post, please let me know!]

She’s a freaking supermodel. And a sweetheart.  Need I say more?

Her intensity burns right through the picture.  And she’s a badass actress. Cast her.  Hell, it doesn’t even need to be a trans role. 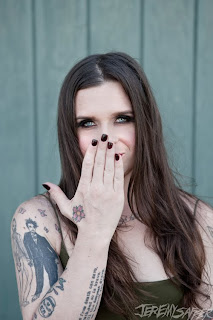 Tona Brown (the guy next to her seems to like her)

How about some double threats? Actually, triple, because in addition to being incredible singers & performers, these two are ambitious entrepreneurs. 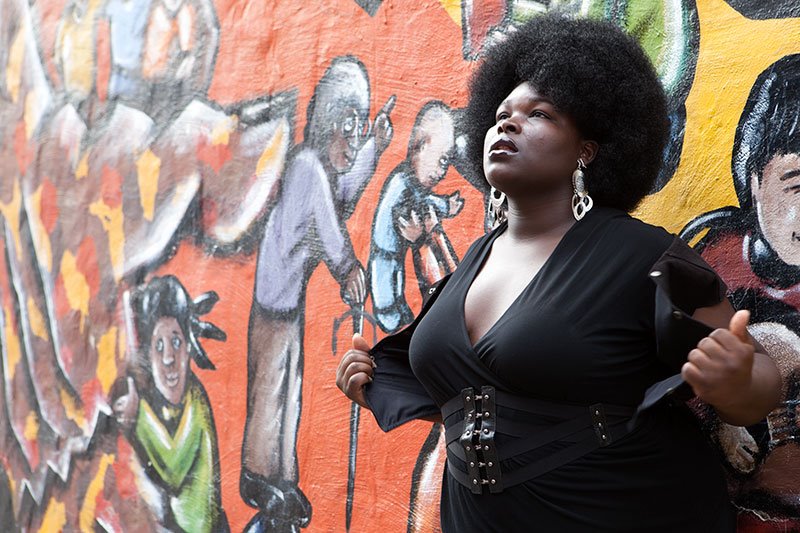 Need a cool young t.v. personality to get the great interview and anchor features?  You should know Paris Lees.

And how have none of you seized on Janet Mock yet?  She’s brilliant, charming, jaw-droppingly gorgeous with a smile that will blind you if looked at directly, disarmingly genuine, an incredibly capable speaker and talented writer…good lord, she’d be the ultimate spokesperson, for anything.

That’s just a few from off the top of my head, with a bias towards personal friends.  There are many, many more. [4. Follow this Pinterest Board for more amazing trans women.]  Including me.  Yes, I prefer to work behind the scenes, but even I’m not entirely camera shy.

Get on board people. We’re so here.